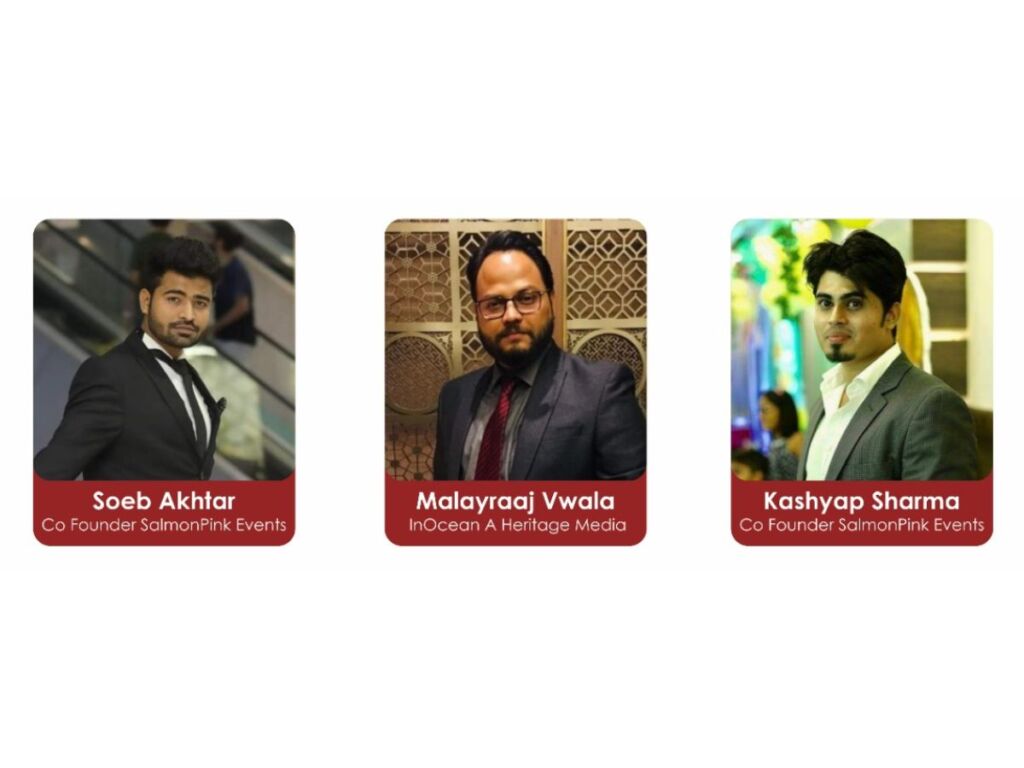 More than 200 top influencers will gather for a day of learning and collaborations and usher in the new year in style.

Ahmedabad (Gujarat) [India], November 30: SalmonPink Events & Entertainment, which offers a wide range of event management & entertainment solutions, will usher in the new year with a unique gathering of social media influencers, one of the largest such gatherings ever in Gujarat.

More than 200 top-notch influencers, each of them having a minimum of 50,000 followers on social media platforms, will be a part of the event Social Preneurs at Neonz Resort & Club in Anand on December 31.

“This is the era of influencers, and many have made it big through their efforts and talent. But, the role of influencers is much more than just endorsing brands. Many influencers are also fulfilling other responsibilities. They are entrepreneurs in the true sense and are contributing to society in one way or the other. The idea of the event is to celebrate these social entrepreneurs,” said Soeb Akhtar, CEO and Founder of SalmonPink Events & Entertainment.

The event, the largest and one-of-a-kind gathering of some of the most famous influencers in Gujarat, is a brainchild of Soeb Akhtar, his partner and SalmonPink Events’ MD and Founder Kashyap Sharma, and Malay Raj, Founder of InOceans Heritage Media, aims to bring the best influencers on a common platform and help them grow more.

“Social media influencers are currently operating in silos. There is no formal community or group that brings them together. We aim to foster a community of social media influencers by bringing them together, encouraging them to collaborate, learn from one another, and get better at their craft. We have received excellent response from the influencer community and are confident that Social Preneurs will be a huge hit,” said Kashyap Sharma, MD and Founder of SalmonPink Events.

While there will be a lot of fun to usher in the year 2023, networking and learning opportunities will be aplenty.

“There is a dedicated networking session for the participants to meet and connect with one another. There is another session where an official of a leading social media application will guide participants on how they can make better videos. They will also be informed about their role and responsibilities as influencers since they are followed by many. Top brands will also be taking part in the event and will finalise tie-ups and collaborations on the spot with the influencers,” said Malay Raj, Founder of InOceans Heritage Media.

A rock band from Mumbai will entertain the gathering in the evening, followed by the commencement of the new year celebrations.

If you have any objection to this press release content, kindly contact pr.error.rectification@gmail.com to notify us. We will respond and rectify the situation in the next 24 hours.